Up until the vibrant credits, the major story turns, wild screams, and smart dialogues will keep you on your toes. Do Revenge, as its title indicates, indulges in this very notion and cleverly does so through the demographic that is the most treacherous, unreliable, and downright unnerving: teenagers. But keep browsing through your Netflix queue if you’re searching for a standard teen film filled with clichés and stereotypes. This daring dark comedy pays homage to and critiques the beloved 1990s high school setting movies, with deliciously rewarding results.

Do Revenge 2022: Most-Popular Within A Week:

The Do Revenge: It aired only on Friday, September 16, And now, not even a full week later, it is second-most popular on Netflix globally. According to the most recent global Top 10 weekly charts, which Netflix publishes every Tuesday, that is the case. There are four of those Top 10 lists overall, and the most recent one for English films on the service reveals that Do Revenge, starring Camila Mendes and Maya Hawke, has amassed an amazing 26.6 million hours of global viewing. Once more, in only five days.

Do Revenge film, written by Jennifer Kaylin Robinson and Celeste Ballard, thankfully weaves together the well-known tributes and tropes with contemporary allusions catered to Gen Z. The Rosehill elite disdainfully toss forth Twitter-speak like “choosing violence,” “safe place,” and “as a fellow woman of color.”

Despite coming from an average family, Drea works hard and has managed to become the rich kids’ new favorite girl in her high school. She is cunning and ambitious; all she does is open the door for Yale, her real objective. But one day, she appears in a seductive video that is shared with the students. Although she lacks evidence, she is certain that her boyfriend, Max, who is the most well-liked and powerful student in the school, is somehow involved. Result? Max continues to be the unquestioned ruler of the school as she crumbles.

Drea works on a prestigious sports field during the summer. Here, he meets Eleonor, who is timid, innocent, and scarred as a result of Cassandra’s years ago false charges. The young lady will also start attending Cassandra and Drea’s high school. Despite the stark differences between Drea and Eleonor, both share a desire for retribution. Therefore, they will opt to switch places in order to exact revenge on their oppressors without raising any red flags. It won’t be simple.

Nearly 30 minutes into the film, Drea and Eleanor finally decide on the obvious plan—a reworking of the Strangers on a Train plot—and decide to swap vengeance, each taking out the other’s adversary. Alongside Eleanor’s adversary Carissa (Ava Capri), Drea will complete her required community service in the school’s farm club while Eleanor will get friendly with Max and his buddies. They won’t be suspected because no one is aware that they are acquainted because they will both devise a strategy to eliminate the other’s target.

Eleanor refers to Drea as her “revenge mommy” in the script, which also uses hyper-compliments and disingenuous claims of bullying. Robinson persuades the audience to share her giddy delight at fusing the aesthetics of last generation’s high school flicks with this generation’s ethical anguish, especially in the soundtrack’s needle-drops where Courtney Love and Le Tigre mosh alongside Olivia Rodrigo and Billie Eilish. While the tension collapses in the disappointingly tame last act—the movie would rather cast “Cruel Intentions” star Sarah Michelle Gellar.

In particular, Mendes’s portrayal of a popular bitch with a hidden vulnerability has been honed to a fine, delectable point over the course of her six years on Riverdale. Although she appears fully grown up (Mendes is 28), her Drea steals the show as Rosehill’s queen bee, an overachiever overcompensating for her middle-class upbringing (her single mother, off-screen, is a nurse). That is until her sex tape, which was meant for her lover Max, is leaked and she is instantly shunned by society; as she admits a little too bluntly, such things never harm the guy’s reputation.

But at the very end, the focus Children returns to Eleanor and Drea, and it’s for the better. They eventually come back together after taking a series of unexpected turns, and they play off each other in deliciously unsettling ways. The movie occasionally appears to be turning into a sermon about the perils of retaliation, especially when Drea’s college plans are threatened. Without giving too much away, Eleanor and Drea succeed in getting what they want and deserve. It’s a gratifying ending that neither condemns nor praises them. Don’t pay attention to the corny epilogues where they court their potential lovers.

The film’s director, Robinson, has stated that Hitchcock’s Strangers on a Train served as her initial inspiration. However, instead of two men switching murder missions, these two murderously resentful high school girls exchange revenge targets, “like a fucked-up task rabbit.” Drea pokes around in Carissa’s school garden after being expelled for hitting Max for releasing the video and starts to develop feelings for her close friend Russ (Ms. Marvel’s Rish Shah), a quiet (though still hot) nerd a la Penn Badgley in John Tucker Must Die.

The plans for retaliation swiftly progress to the unjustifiable, like repeating the initial sin of disclosing private communications. About two-thirds of the way through, there comes a well-delivered twist that sets off a series of psychopathic actions. Do Revenge is too heavy to support so much one-upping at 118 minutes. Although having two lead female characters who are wholly uninterested in likability, to use a deeply loaded term, is refreshing, as Mendes and Hawke have noted, you do need someone to root for in a two-hour movie; campy narcissism can only hold your attention for so long. Even with its very long running time, scenes seem to be missing because Drea and Russ bond in just a few minutes, feminist Gabbi’s relationship with her brother is unclear, and Eleanor and Gabbi They appear to already know each other when they first meet at school.

Do Revenge nonetheless provides enough energizing zaps to genuinely make a mark. It ranks among the best-looking Netflix films thanks to Robinson’s sleek direction, Hillary Gurtler’s vivid production design, and Alana Morshead’s delectably garish costumes. Do Revenge is one of the better recent entries in a well-liked genre, and despite the fact that I don’t necessarily see phrases like “Your new vibe is high-class cunt” lasting as well as, say, “jump in loser, we’re going shopping,” it still delivers zingers.

Teen Comedy With A Cruel Edge is Gritty

Normally, you wouldn’t anticipate a Netflix film about teenage retaliation to be this excellent. Yes, I’ve already shown my hand, but despite its own problems, the movie Do Revenge is generally not dislikeable. The lack of strong writing and depth in such movies is a perennial issue. Oh, and uninteresting characters. Stories of this nature are presented without complexity or gravitas, intended solely to pique the interest of the typical adolescent moviegoer. Mind you, the genre has been extensively commoditized, and frequently Netflix has become the unintentional enabler.

Do Revenge ignores such outdated, subpar industry norms in favour of a new, albeit gloomy, twist that even manages to revel in pertinent opposing views on patriarchy and gender disparities.

Because their conversation is not stilted and formulaic, listening to them communicate is emotionally fascinating. Most of it has been adjusted to meet the description. They are not forced to come out with their problems; they only reveal them after extensive questioning. They get along well with one another as well. At moments, listening to Drea and Eleanor is so enjoyable that you might be inclined to turn back the clock and start over.

Do Revenge never loses the upbeat atmosphere that makes these genre movies so enjoyable to watch, despite all of their deviations from the standard adolescent movie template. It is still a movie about two adolescent girls who are trying to find their place in the world and are having a hard time managing their emotions. The authors do a great job of avoiding turning it into a coming-of-age story midway. Numerous initiatives have sought refuge in this associated archetype in the past to offer the appearance of sincerity. Do Revenge embarks on its own course right away and follows it through to the bitter end. The whole group’s performance is strong. The film’s script does a great job of identifying its goals, and Jennifer Robinson uses her resources as a result.

Some errant feminist undertones come off as unpleasant thematically. Their appearance seemed to be the result of a forced duty that the movie did not want to accept. The idea was probably to use it to make the plot more diverse and inclusive, as well as to please some audience segments. The pointless romantic subplot between Drea and Russ waste time that could have been used more effectively. One unfinished thread was the potential for something remarkable in the developing relationship between Eleanor and Gabbi For someone of Ryder’s talent, the paucity of screen time was disheartening.

Near-perfect coordination between all departments results in a final product that is memorable and perhaps even worth viewing again. Do Revenge would not have needed rescue even if the Shyamalan twist had not been present. Even then, it would have succeeded as a tale of two formidable friends and enemies. With sincere performances and deep character knowledge, Camilla Mendez and Maya Hawke stand out from the crowd.

Do Revenge offers a brilliant modern twist to Hitchcock’s time-honored classic premise of two strangers meeting and embarking on a revealing trip, excluding the occasional lapse into mediocrity. In addition, it makes itself a smart contender for popular choice honors.

You can’t be too upset, though, when Sarah Michelle Gellar is cast as the Headmaster in a teen film—a brilliant choice. Do Revenge does so much right everywhere that its flatter final act shines out more because of this.

Do Revenge gives you exactly what you’d want if you’ve ever wanted to watch Hitchcock’s Strangers on a Train played out with a group of obnoxious teens. It may not compare to the teen cinema classics, but it is still a lot of darkly amusing fun.

“Do Revenge” shares as little with actual high school as its writers’ favorite films do. It feels out of the ordinary when a family, teacher, or administrator shows up to further the plot because there aren’t many grownups around.

Cinematographer Brian Burgoyne and editor Lori Ball collaborate with the filmmaker to keep the film moving while allowing for stylistic grace notes, such as an Anderson Ian, flawlessly symmetrical establishing shot or a sensuous needle-drop that utilizes most—and in at least one case, all—of a song.

The movie takes its time developing each character and establishing the basic structure of the plot. It’s possible that the same story may have been told in less time. But “Do Revenge” wouldn’t be more than a satire without those protracted exchanges between characters as they learn to know one another. Because the characters are construct and so aware of this, there is really no need for us to feel for them (and the plot, too). But we do, thanks to the director, the leading actors, and the production’s blend of humor and seriousness.

Are You Excited To Watch “The Railway Children Return"

The Woman King”, The most popular movie right now 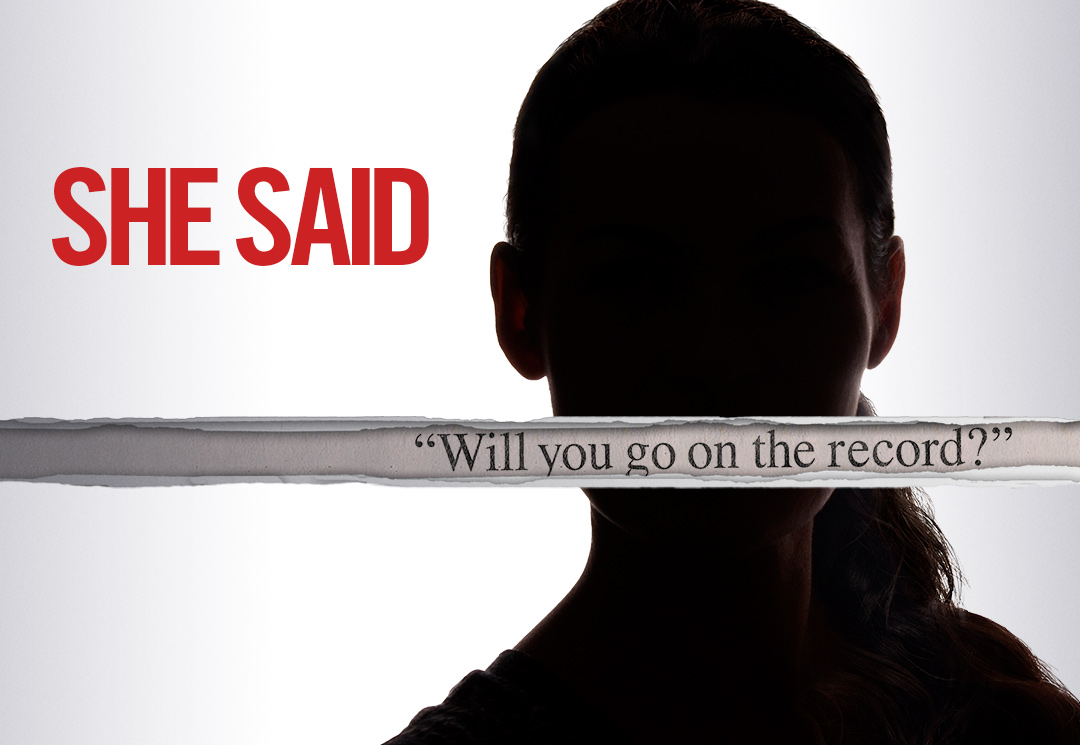